Network visualization is useful in identifying patterns in a network. We developed an online application based on Gephi and sigmajs to visualize a network online. The application is available at https://webnetvis.psychstat.org. 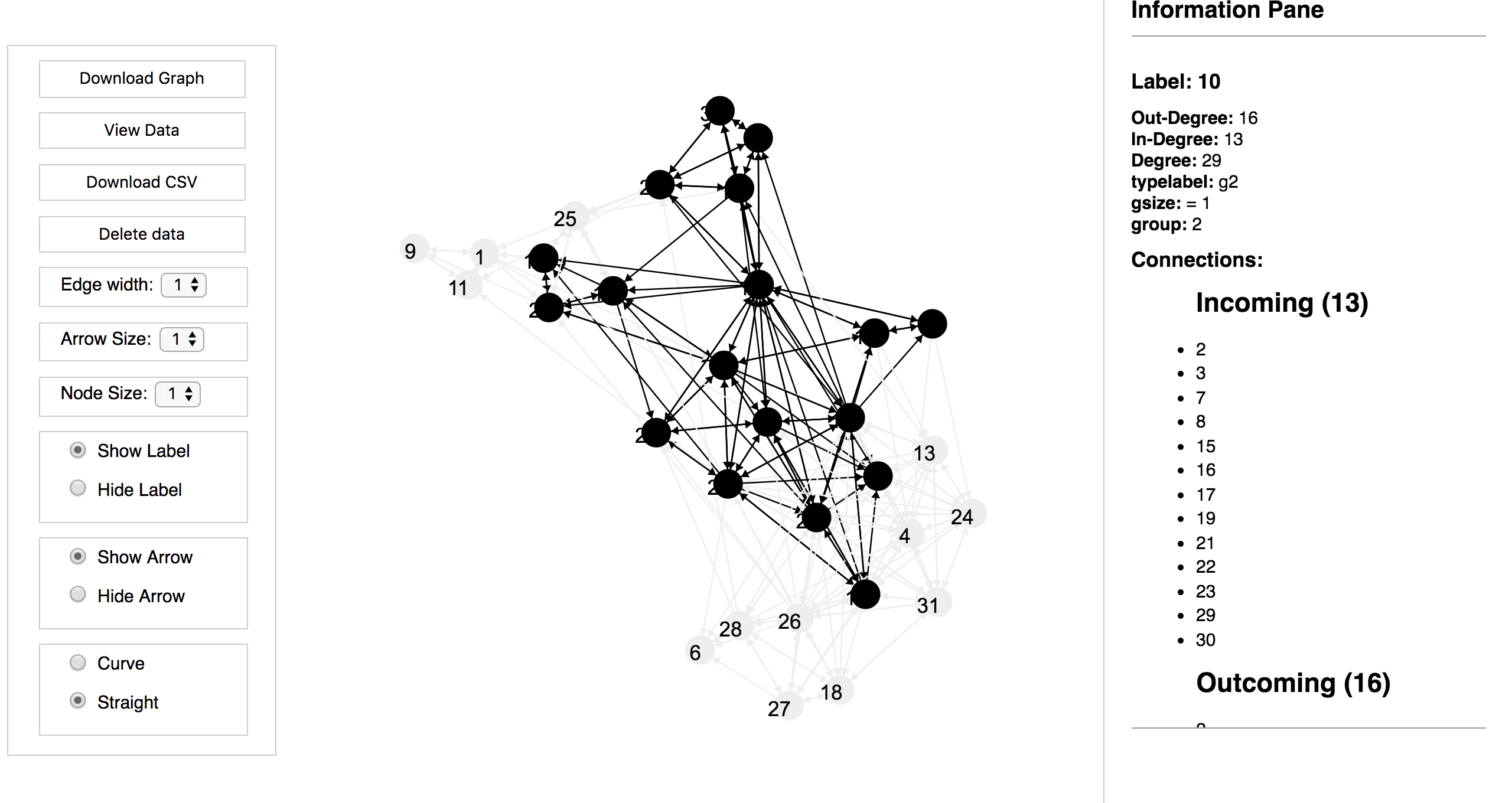 Psychologists are interested in whether friends and couples share similar personalities or not. However, no statistical models are available to test the association between personalities and social relations in the literature. In this study, we develop a statistical model for analyzing social network data with the latent personality traits as covariates. Because the model contains a measurement model for the latent traits and a structural model for the relationship between the network and latent traits, we discuss it under the general framework of structural equation modeling (SEM). In our model, the structural relation between the latent variable(s) and the outcome variable is no longer linear or generalized linear. To obtain model estimates, we proposed to use a two-stage maximum likelihood (ML) procedure. This modeling framework is evaluated through a simulation study under representative conditions that would be found in social network data. Its usefulness is then demonstrated through an empirical application to a college friendship network. 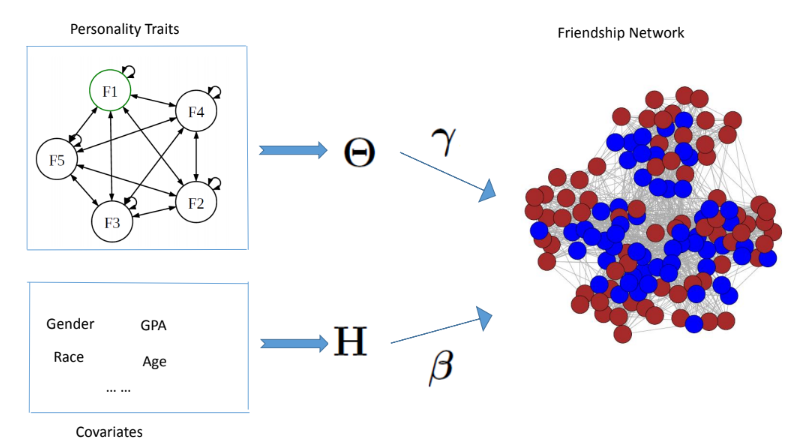 Longitudinal social network clustering is an emerging research area with many applications. Previous research typically focuses on the development of the clusters in the longitudinal network. In this paper, we propose an alternative method for longitudinal social network clustering, in which we assume that the clustering and the evolution of the network are the result of its inner structure, the strength of the ties among the nodes in the network. We estimate the strength of the ties based on the evolution of the network over time through a continuous Markov process and then clustering the network based on the strength of the ties of the whole network. A simulation study shows that the proposed method performs well under a variety of conditions. The application of the method is illustrated through the analysis of a real set of data.

Autocorrelation and partial autocorrelation, which provide a mathematical tool to understand repeating patterns in time series data, are often used to facilitate the identification of model orders of time series models (e.g., moving average and autoregressive models). Asymptotic methods for testing autocorrelation and partial autocorrelation such as the 1/T approximation method and the Bartlett's formula method may fail in finite samples and are vulnerable to non‐normality. Resampling techniques such as the moving block bootstrap and the surrogate data method are competitive alternatives. In this study, we use a Monte Carlo simulation study and a real data example to compare asymptotic methods with the aforementioned resampling techniques. For each resampling technique, we consider both the percentile method and the bias‐corrected and accelerated method for interval construction. Simulation results show that the surrogate data method with percentile intervals yields better performance than the other methods. An R package pautocorr is used to carry out tests evaluated in this study. 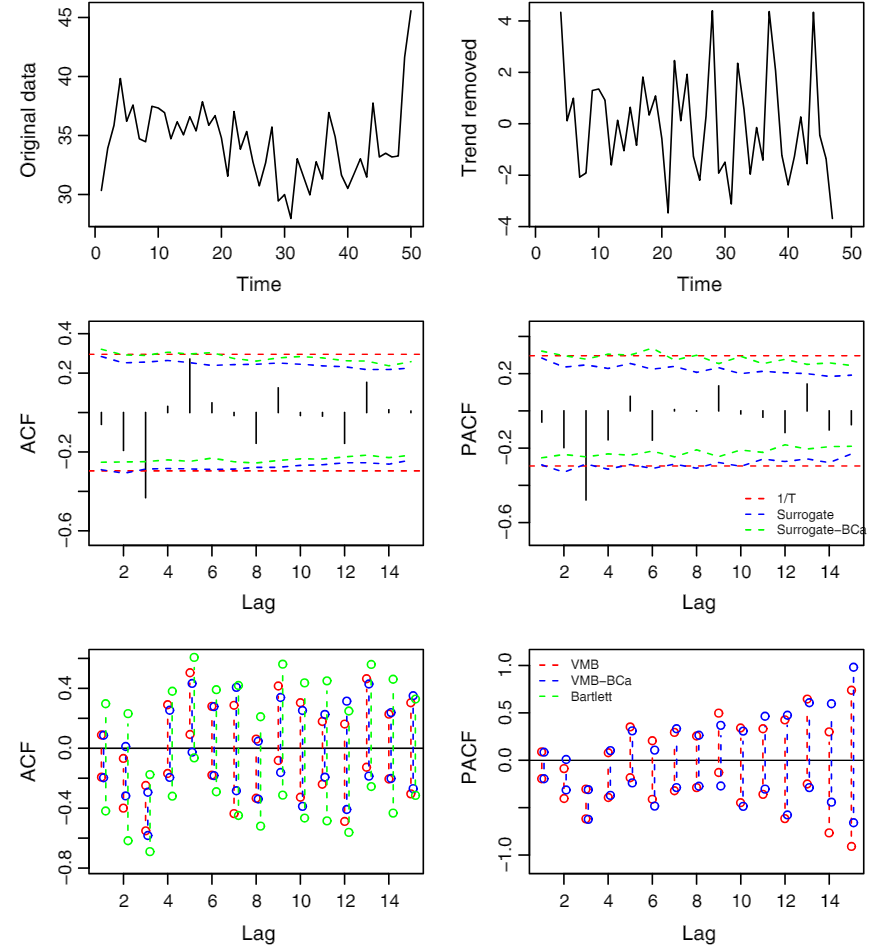